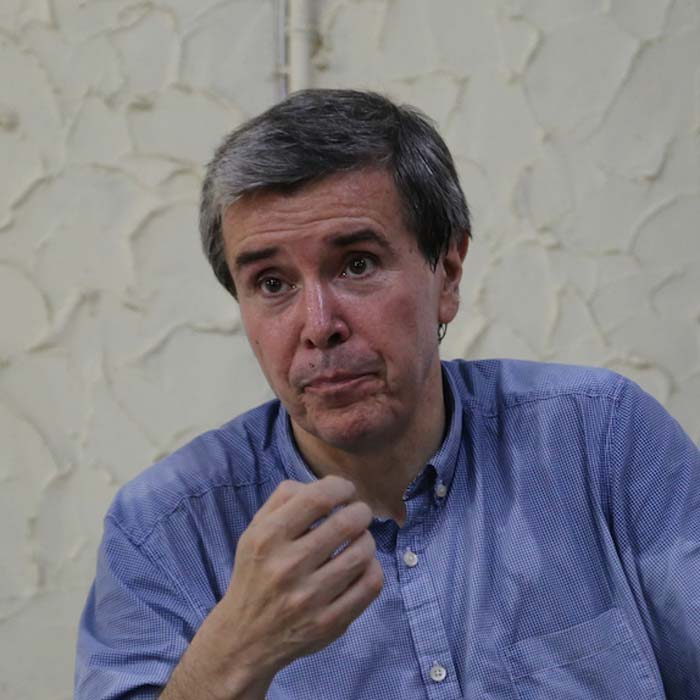 Mr. Allan Nairn is an award-winning U.S. investigative journalist who became well-known when he was imprisoned by the Indonesian military while reporting inEast Timor. His writings have focused onUnited States foreign policy in such countries asHaiti, Guatemala,Indonesia, andEast Timor. Subsequently, Mr. Nairn became interested in East Timor and helped found theEast Timor Action Network (ETAN), which was instrumental in bringing the independence movement in East Timor to international attention. In 1991, covering developments in East Timor, he and fellow journalistAmy Goodman were badly beaten by Indonesian soldiers after they witnessed a mass killing of Timorese demonstrators in what became known as theDili Massacre. Nairn was declared a “threat to national security” and banned from East Timor, but he re-entered several times illegally, and his subsequent reports helped convince the U.S. Congress to cut off military aid to Jakarta in 1993. In an article published in The Nation in 1994, Nairn revealed the U.S. government’s role in establishing and funding the Haitian paramilitary death squad, FRAPH (the Front for the Advancement and Progress of Haiti).