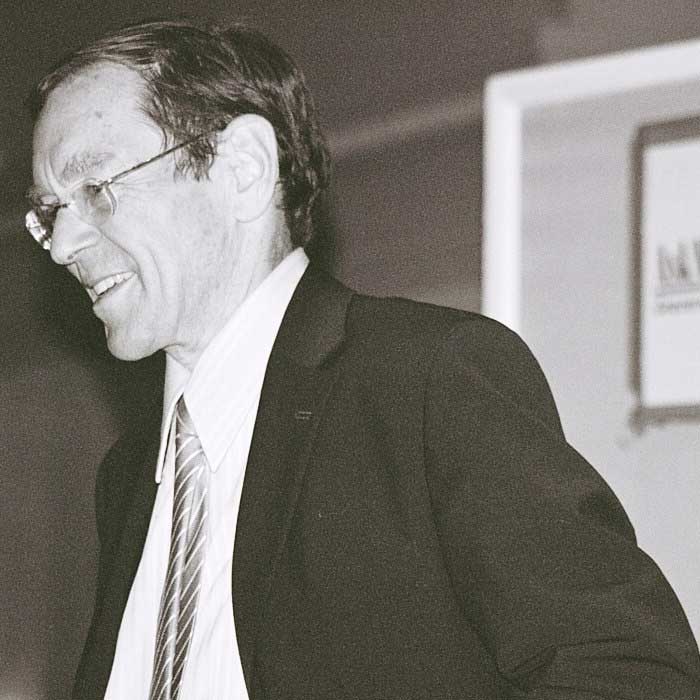 Mr. Bruce Fein is a Washington, DC based attorney. He attended Swarthmore College (1965-67), and the University of California at Berkeley (1967-1969), and graduated Phi Beta Kappa with a degree in political science.  He attended Harvard Law School (1969-1972).

Mr. Fein then served as special assistant to the Assistant Attorney General for the Office of Legal Counsel in the U.S. Department of Justice.  Among other accomplishments, Mr. Fein drafted an authoritative monograph on impeachable high crimes and misdemeanors as the House Judiciary Committee commenced an impeachment investigation of President Richard M. Nixon.

Mr. Fein was appointed Research Director for the House Republicans on the Joint Congressional Committee on Covert Arms Sales to Iran, and served as Visiting Fellow for Constitutional Studies at the Heritage Foundation.

In 1987, Mr. Fein began the private practice of law and commenced more than two decades of weekly law and foreign policy columns for The Washington Times

His most recent books are Constitutional Peril:  The Life and Death Struggle for Our Constitution and Democracy, and American Empire Before The Fall.  Mr. Fein appears regularly on national and international television and radio and in the print media.