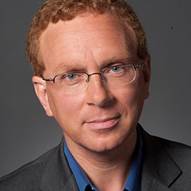 Mr. John Nichols writes about politics for The Nation magazine as its national affairs correspondent. His posts have been circulated internationally, quoted in numerous books, and mentioned in debates on the floor of Congress. Mr. Nichols is a frequent guest on radio and television programs as a commentator on politics and media issues. He was featured in Robert Greenwald’s documentary, “Outfoxed,” and in the documentaries Joan Sekler’s “Unprecedented,” Matt Kohn’s “Call It Democracy” and Robert Pappas’s “Orwell Rolls in his Grave.” Nichols is the author of The Genius of Impeachment (The New Press); a critically acclaimed analysis of the Florida recount fight of 2000, Jews for Buchanan (The New Press); and a best-selling biography of Vice President Dick Cheney, Dick: The Man Who is President (The New Press), which has recently been published in French and Arabic. He edited Against the Beast: A Documentary History of American Opposition to Empire (Nation Books), of which historian Howard Zinn said: “At exactly the time when we need it most, John Nichols gives us a special gift–a collection of writings, speeches, poems, and songs from throughout American history–that reminds us that our revulsion to war and empire has a long and noble tradition in this country.”