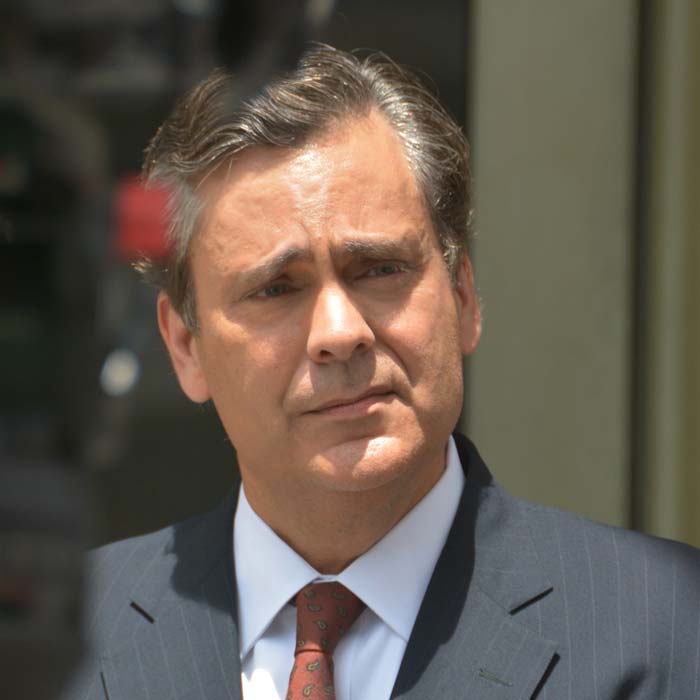 Prof. Jonathan Turley is a nationally recognized legal scholar who has written extensively in areas ranging from constitutional law to legal theory to tort law. After a stint at Tulane Law School, Professor Turley joined the GW Law faculty in 1990, and in 1998, became the youngest chaired professor in the school’s history.

He is the founder and executive director of the Project for Older Prisoners (POPS). He has written more than three dozen academic articles that have appeared in a variety of leading law journals including those of Cornell, Duke, Georgetown, Harvard, and Northwestern Universities, among others. He most recently completed a three-part study of the historical and constitutional evolution of the military system.

Professor Turley has served as counsel in some of the most notable cases in the last two decades, including his representation of the Area 51 workers at a secret air base in Nevada; the nuclear couriers at Oak Ridge, Tennessee; the Rocky Flats grand jury in Colorado; Dr. Eric Foretich, the husband in the Elizabeth Morgan custody controversy; and four former U.S. Attorney Generals during the Clinton impeachment litigation. Professor Turley also has served as counsel in a variety of national security and terrorism cases, and has been ranked as one of the top 10 lawyers handling military cases.

He has served as a consultant on homeland security and constitutional issues, and is a frequent witness before the House and Senate on constitutional and statutory issues as well as tort reform legislation.

He is a member of the USA Today board of contributors and the recipient of the “2005 Single Issue Advocate of the Year” – the annual opinion award for the Aspen Institute and The Week magazine. More than 400 of his articles on legal and policy issues regularly appear in national newspapers. He also has worked as the CBS and NBC legal analyst, respectively, during national controversies.