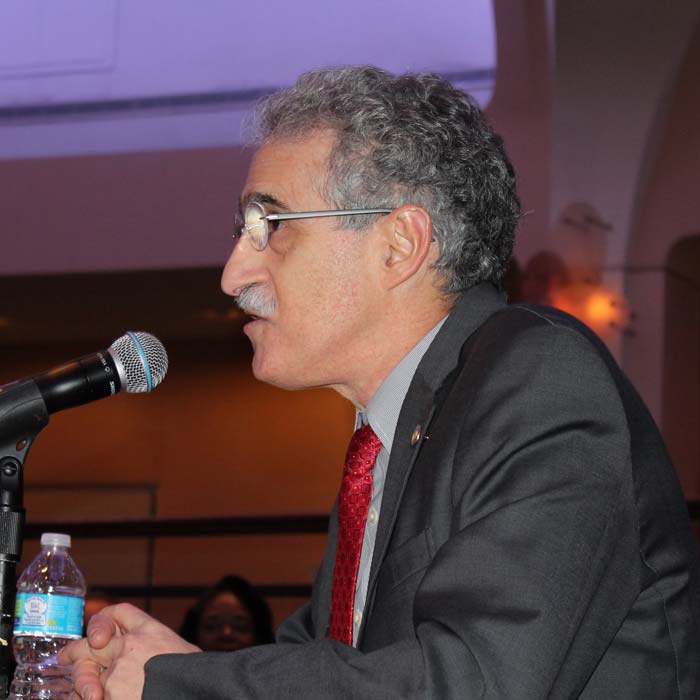 Mr. Mark Dimondstein is President of the American Postal Workers Union, which represents more than 200,000 employees of the U.S. Postal Service and approximately 1,500 employees in the private-sector mailing industry. He began his three-year term in November 2013. Since taking office, Mr. Dimondstein has transformed the APWU into a fighting, activist organization. He helped establish A Grand Alliance to Save Our Public Postal Service, strengthened the unity among the four postal unions, helped forge the Campaign for Postal Banking, and has led the fight against a privatization scheme involving the office-supply chain, Staples. Prior to taking office as president, Mr. Dimondstein held a variety of positions in the APWU. He was elected to six consecutive terms as President of the Greater Greensboro Area Local, serving from 1986 to 1998. From 2000 to 2010, he served as National Lead Field Organizer. Mr. Dimondstein began his postal career in 1983. He has been married to his union-activist wife, Melissa, for more than 40 years. They have three adult daughters and a grandson.