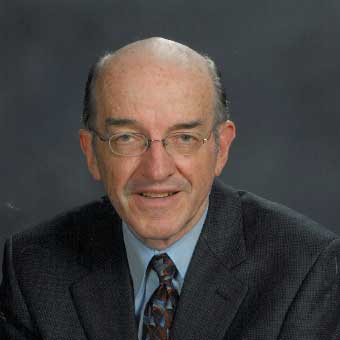 Michael J. Copps served two terms as a Member of the Federal Communications Commission, from 2001 through 2011—the seventh longest-serving Commissioner in the history of the agency.

Dr. Copps moved to Washington in 1970, joined the staff of Senator Fritz Hollings, and served for over a dozen years as Hollings’ chief aide.

After a few years in the private sector, Copps returned to public service in President Bill Clinton’s Department of Commerce, rising to the position of Assistant Secretary for Trade Development.  Assistant Secretary Copps led a 400-person team working to build public sector-private sector partnerships to improve global market access and market share for nearly every sector of American industry, including information technologies and telecommunications.

His years at the FCC were highlighted by his strong defense of “the public interest”; outreach to what he calls “non-traditional stakeholders” in the decisions of the FCC, particularly minorities, Native Americans, and the various disabilities communities; and actions to stem the tide of what he regards as excessive consolidation in the nation’s media and telecommunications industries.  As Acting Chairman in 2009, he mobilized the agency to successfully transition the nation’s commercial television from analog to digital broadcasting.

Copps continues to speak out on the issues he championed at the FCC.  He is currently spearheading a new Media Democracy and Reform Initiative at Common Cause, the national citizens’ action group.  This Initiative enables him to crisscross the nation to energize a grassroots discussion of what he sees as the declining state of America’s news and information infrastructure, with particular emphasis on the state of the news; media and telecommunications industry consolidation; and government neglect of its important public interest oversight responsibilities.  Copps serves on the Boards of Directors of Free Press and Public Knowledge.  He also writes a monthly blog for the Benton Foundation.

A native of Milwaukee, Wisconsin, Copps earned a B.A. degree from Wofford College in 1963 and a Ph.D. in United States History from the University of North Carolina at Chapel Hill in 1967.  He also received an Honorary Doctorate of Laws from Wofford College in 2005.  Prior to locating in Washington, he taught U. S. History at Loyola University in New Orleans from 1967-1970.

He and his wife, Beth, have five children and nine grandchildren.  The couple resides in Alexandria, Virginia.