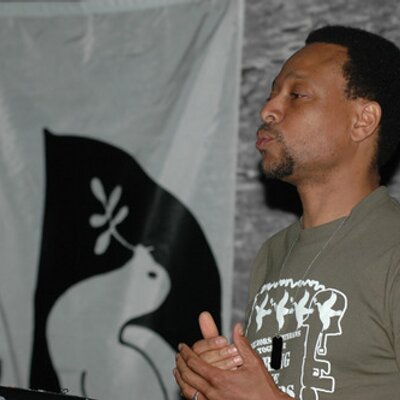 Michael T. McPhearson is the executive director of Veterans For Peace, an international organization of military veterans and their associates based in Saint Louis, MO. He is a co-founder and former co-chair of the Don’t Shoot Coalition formed in the aftermath of the killing of Michael Brown Jr. in Ferguson MO. A native of Fayetteville North Carolina, Michael has been influenced by the military all his life. In 1981 Michael joined the Army Reserve as an enlisted soldier and attended basic training the summer between his junior and senior high school years. He is a graduate of Campbell University with a Bachelor of Science degree in Sociology. Michael was a field artillery officer in the 24th Mechanized Infantry Division during Desert Shield /Desert Storm, also known as Gulf War I. He separated from active duty in 1992 as a Captain. He has been an active member of the Greater Saint Louis Association of Black Journalist and the American Civil Liberties Union. He served on the Executive Committee of the St. Louis Branch of the NAACP and the Steering Committee of the Bring Them Home Now campaign.